On June 17, 2021, the U.S. Supreme Court issued its ruling in California v. Texas on a challenge to the constitutionality of the Affordable Care Act (“ACA”). This was the third major challenge to the ACA since it was enacted in 2010.

Because the case was dismissed for a lack of standing, the U.S. Supreme Court did not review or decide whether the penalty-less individual mandate or the rest of the ACA is constitutional.  Accordingly, the ACA remains in full effect, and this decision has no practical impact on individuals, plan sponsors, insurers, the health care system and beyond. 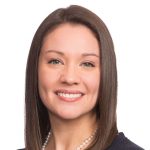